There are several advantages to having a TWP Wood Stain two-toned deck. Being able to match or blend the deck in better with the house with a TWP Semi-Solid Pro-Series in one of the 30 Custom Colors and using one of the TWP semi-transparent colors for the flooring or horizontal areas that keeps those areas more natural with a stain that shows all the wood grain.

When TWP Semi-Solid Colors are applied properly on vertical surfaces they are extremely durable and can last a long time. On a vertical surface, semi-solid stains can last up to 4-7 years and may only need to be cleaned occasionally. A properly done two-tone deck can really add appeal and value to your property. It may take a little more time and labor initially but as some deck owners know, the end result can be amazing.

For a Semi-Solid Stain on the verticals/railings, we suggest the TWP Semi-Solid Pro-Series. For a semi-transparent stain for the flooring/horizontals look at using the TWP 100 Series or the TWP 1500 Series.

Advantages of having a TWP Stain two-toned deck 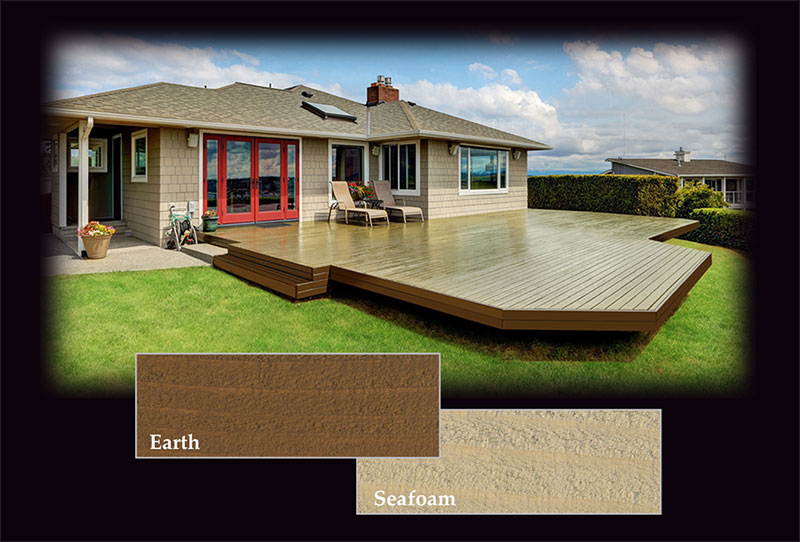